My goodness!!!!!  Where has this month disappeared to & I've realised the only blog posts I've done are the Scavenger Hunt ones on Friday.  This one will be a bit long, but catching up for both myself & followers.

Early on in the month I was able to pick this little lot from the garden....... 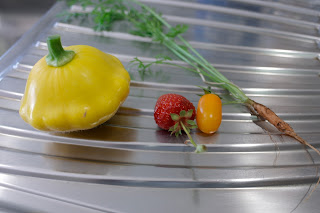 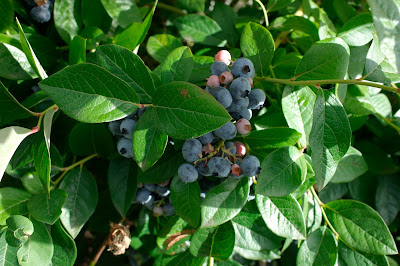 They are frozen, distributed to neighbours & friends, bought by members of our car club, eaten on my porridge and baked into cakes or muffins. 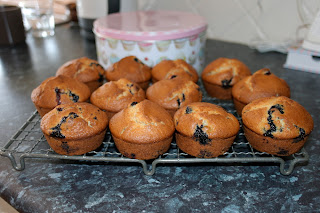 This lot were baked late on Thursday afternoon and taken to DD's on Friday.
A few more garden photos. 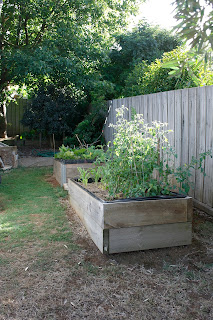 The two veg beds which we were going to renew & move last year, but alas it didn't seem to happen. 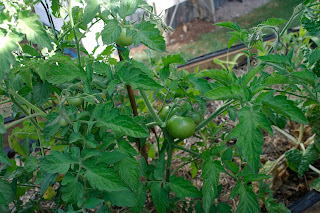 I have these tomatoes ready to ripen along with tiny yellow plum ones & some cherry tomatoes.  Taking their time as the weather had been quite cool & cloudy till mid January. 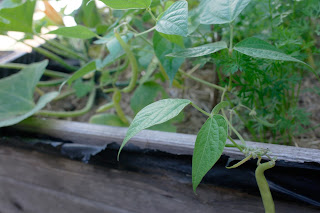 I've a few bean plants that didn't get "got" by the snails & we've had a very small amount so far. 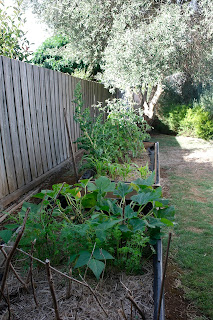 This is looking down the yard toward the olive tree.
In the back corner beside K's shed we have a New Zealand Christmas Bush & the following photos are of it in flower and then with it's seed pods forming. 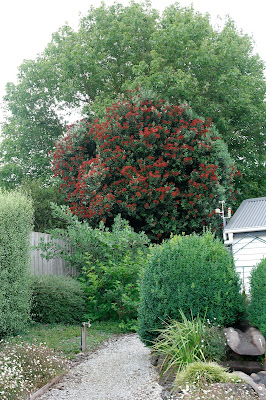 The red flowered tree in the photo. 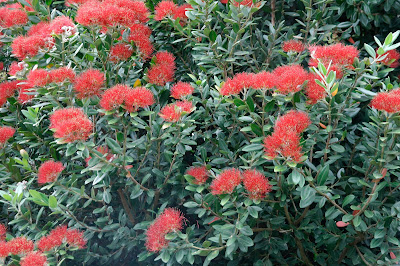 A close-up of the flowers in all their fluffy glory. These flower in late November, early December.
The rainbow Lorikeets love the nectar of these. 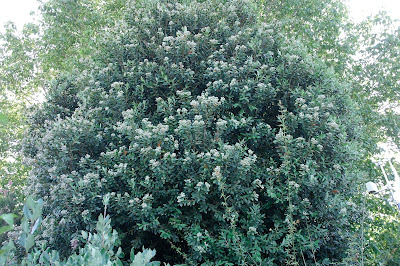 With its seed pods. 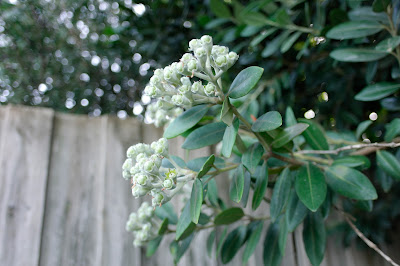 A closeup of them.
Just a couple more what has been happening in the garden, although I feel I've neglected it somewhat last year due to the vagaries of the weather & the virus's impact on our lives in general. 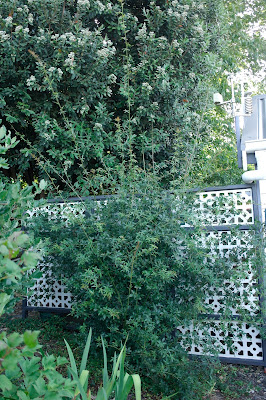 Our very wayward Banksia rose, which I will need to cut back soon.  Not today as it's way too hot. 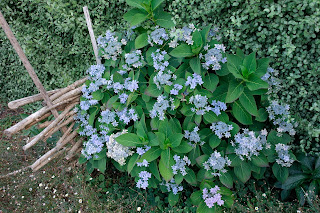 They hydrangea hasn't done too bad with lots of flowers, though it's not one of the big blowsy variety. 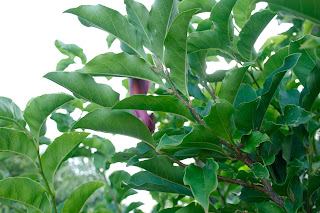 Can you see the magnolia flower just peaking through the leaves.  We've had 3 flowers this month.
Why?  I suppose, just because it can!
Crafting fun...............
Hubby has been very busy, building a desktop for Master L for his new computer setup. 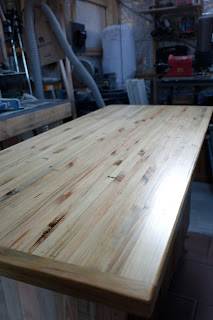 The top ready to go.  This is made from pallet timber & looks pretty spectacular & large. 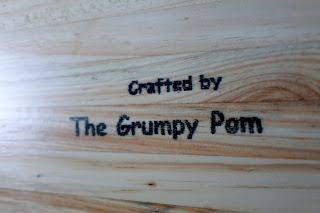 The logo which got a great big smile of approval from the 15 year old.  It is now in place on a very fancy set of legs which go up and down, so he can stand or sit when using the computer.
And what have I been up to?  I've had some very down days lately, but finally got this quilt off the machine after loading it on 29th November & unpinning it on 20th January.  I don't think I've ever done that before and definitely won't let it slip like that again. 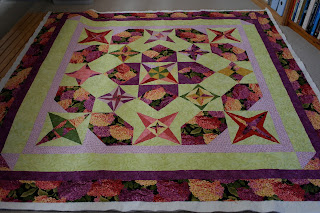 Miss A's quilt called Hydrangea Galaxy & pieced some time in 2019 from FPP blocks I purchased from Alyce Blyth at Blossom Heart Quilts in Melbourne.  Made them and came up with my own setting.  Once the binding is finished I'll take some better photos.
I've also been sorting some old tubs of UFO's and other paraphernalia & found a project I was working on and hadn't enough of a couple of fabrics and gave up on it.  It was another QAL by Cheryl Brickey at Meadow Mist Design.  I'm resurrecting it into a small baby quilt for "someone"? 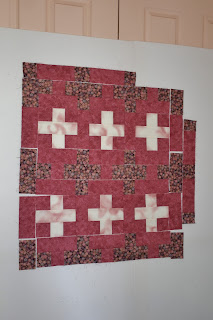 On the design wall so far.  A little more to unpick and resew to get it to a good "baby" size. 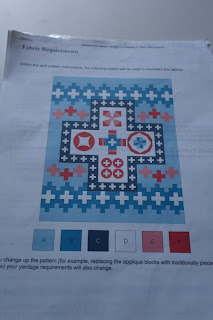 What it was supposed to be.  Win some, lose some. 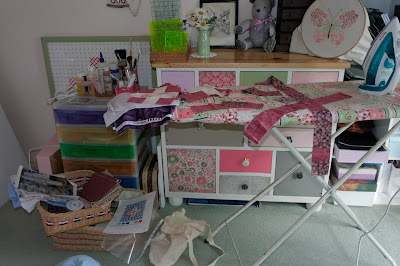 My messy way of working and I really need to do a rearrangement to get the best out of my space.
A couple of things on my to-do list. 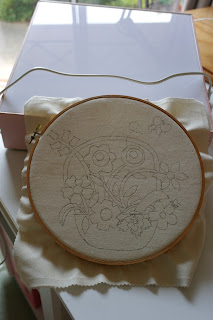 I drew this up the other day on my trusty lightbox and will be able to embroider some nights along with anything else that takes my fancy whilst watching mindless TV. 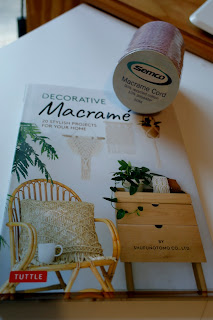 Macrame!  I've not done any of this for a "long" time so it will be a bit of an adventure for me.  I've still a hanging plant pot holder I made many moons ago and thought I'd try another one. 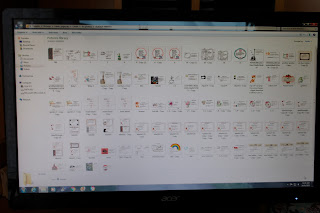 I'm still working on the labels and couldn't believe how many I've done over the last 9 months when I decided to get them done.  As I was working on them, I realised how many quilts I still have and some are earmarked for new homes, charity & babies.  The one below went to a neighbours daughter last week, who turned 21 on the 21st  in 2021.  How's that?  Not many of us can boast any of our birthdays having lots of numbers the same.And this last photo is for my friend Kate at I live, I love, I craft, I am me. 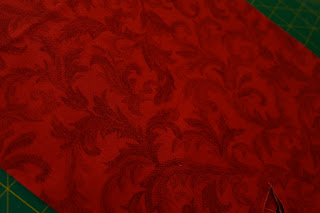 Does this pattern look familiar?  It reminds me of your lovely frosty window a few posts ago.
OK.......enough waffling from me.  It's HOT💦💦 35℃ not quite what was forecast.  Thankful for that.
Thanks for reading if you've got this far.  Please take care, stay safe & either warm or cool depending on where you are.  Hugs to all.
Susan.😊💗