Today, the last of Mays' photo hunt words' is MUSIC, so joining in and linking up with Astrid.

Photos are varied aspects from my own enjoyment of music, which I inherited from my Dad.  Growing up in the 50s meant we didn't have TV till I was around 11 years old, so our radio & record player were big parts of my childhood.

I can tinkle away on the piano, but not well as DH will attest to, so it doesn't get much use now that he is retired and it doesn't live in this position anymore since we had the woodburner installed on this wall.  I learnt to play when I was 5 for about 9 months till we found out the 2nd hand piano we had needed a large amount of work on it, which my parents couldn't afford. Luckily I was able to read music & our public schools always had singing & bands as part of our education. In my teen years I bought one cheap from a Scout Hall, only to find it also need fixing, then we moved & I had to get rid of it as it wouldn't fit in the new house my parents purchased.  Fast forward to a few years in Batlow, & I was given an old one, which definitely had seen better days, so that was left at our rented house we were living in while we built our new house.  The move to Tassie, then saw me purchase a "brand new" one, shown above. 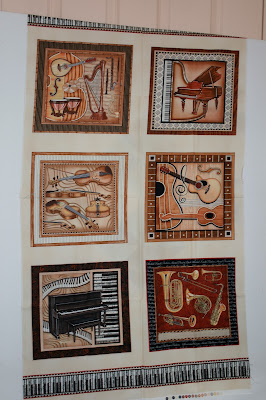 And for the last is this.................................
This wasn't the first of his concert's we'd been to in Melbourne, having attended the one on his first tour of Australia a few years earlier.  The first one was absolutely huge and amazing and the night we were there was the one they recorded for his Australian DVD.
During my teen years I went to very few concerts and then a wonderful experience whilst living in Tassie was seeing Cliff Richard at the Entertainment Centre in Hobart.  One of my pop idols.  Keith and I've also been to some great musicals, so treasure those times very much in these difficult times.
OK, enough twaddle from me about my love of MUSIC & will link this up now.
Thanks to other Hunt bloggers who were way ahead of me.  Take care all, stay safe & hugs from down under.
Susan.